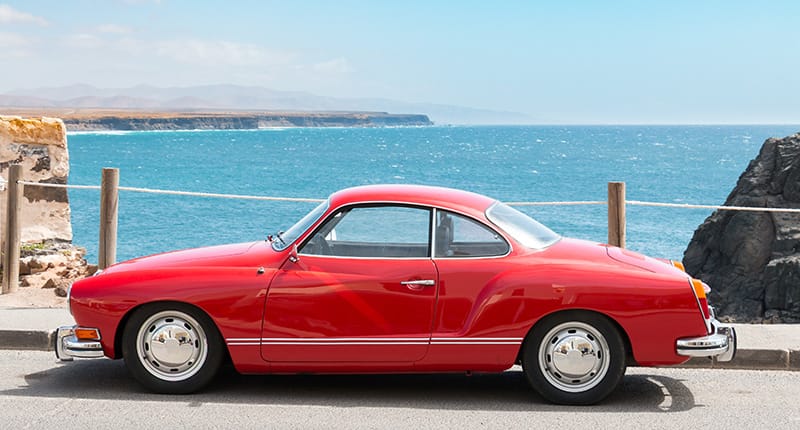 In the many years I’ve been in the classic car restoration business one of the many questions that has come up time and time again is “Why should I own a classic car?”.

I’ve been asked this question so many times that if I were given a dollar for each one, I’d be a billionaire.

And though that’s not quite the case, I have thought long and hard about it and have come up with more than a few reasons to own a classic car, which apply to both current & prospective owners alike. So without further ado, here are but a few of them.

First lets look at this from a practical point of view. Whereas a classic car is an asset, a modern vehicle is a liability. On average, a brand new car loses 11% of its value the moment you drive it off the lot. During the first 5 years the car depreciates by 15% to 25% each year and after 5 years the car is only worth 37% of what you paid for it at the dealership. Talk about taking a loss on your investment.

By contrast if you take a 1965 Mustang Fastback K Code car purchased back in 1965 the sticker price would have been around $3,490.35. Today however, that very same car is fetching up to $50,000.00 depending the history and condition of the vehicle, which translates to an increased value of almost 1400%. How’s that for a return on your investment? Pretty damned good right? Right!

Compared to the classics, today’s cars are entirely lacking in character. Just take a look around you: every car looks like a Nissan Optima, right? Apparently individuality and style fell by the wayside where today’s vehicles are concerned and it shows!

Considering your car as an extension of you, the owner, your car is the automotive equivalent of your character. That said, who would you rather be, The Lone Ranger, or Paul Blart, Mall Cop? Paul Blart, right? Not! That’s what I thought!

#03: The Lone Ranger is Nothing without Silver

Given that you’re the Lone Ranger instead of Paul Blart, it’s kind of a no-brainer that you’re going to need a trusty-steed worthy of your character and thanks to Fran Striker you need look no further than Silver!

When I was a kid watching old black and white westerns late at night I was struck by how the cowboys interacted with their horses: the love, affection and respect they gave their “rides” implied that they were absolutely indispensable. I mean, where would the Lone Ranger be without his faithful Silver?

Now that you and Silver have joined forces there’s little left for you to do but hit the road, that is, after all, the whole point right? Man and beast conquering The West together via the open road!

I don’t know about you, but I vividly recall my dad taking me to the local DMV to get my drivers license when I finally turned 16 and the pure excitement of it. The lure of the open road and the freedom it inspired were intoxicating to say the least.

And though I’ve seen many a change come to pass since then, I still get that feeling each time I hit the highway in a classic car. It’s as reliable as the sun setting in The West and when all else fails it’s always there to lift my spirits.

Alright, so in all seriousness we know that neither of us is the Lone Ranger, at least that’s what I hope. If not I know of a great local therapist that you may want to talk to! Nonetheless, any of the above considerations is a great reason to own a classic car and most if not all owners of vintage automobiles will lay claim to at least one, if not all of them.

That said, if you’ve got a little bit of change to play with and you’ve got a burning desire to find a ride that’s worthy of your character, you may well be in the market for a classic car! If that be the case don’t hesitate to drop us a line, we’d be pleased as can be to help you get started!