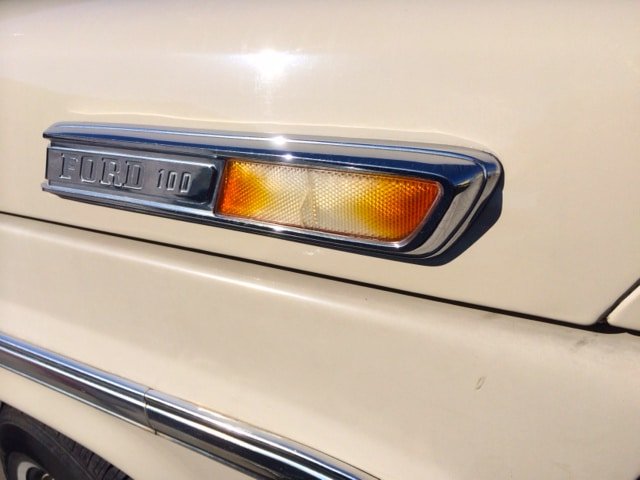 Ever since I could remember I’ve always owned cars that were salvaged from the scrap yard so to speak. Being in the vintage auto restoration business, I’ve never felt a desire to own a brand new vehicle for a variety of reasons, but the bottom line is that the constant tinkering with an old car brings about a tremendous feeling of well being for me. It’s a passion if you will. It’s what drives me.

I know, some of you may find it hard to believe that a guy like me whose trade is classic car restoration would be inclined to take in strays, but it’s true. The forgotten jalopy, the rusty old hunk of junk, the blown motor fiasco, I’ve owned them all and though I love performing restorations for my clients I’ve never really felt possessed to restore my own classic cars. I’d rather get them roadworthy enough so I wouldn’t be pulled over for a fix it ticket and leave it at that.

So, this month I wanted to tell the story of my recent experience with my ’69 Ford F100 restoration. A few years ago my girlfriend, now wife, mentioned that she was tired of being seen in one of my eye sores, that it was time to get myself a nice ride that she could be proud of. Something that would be functional for work, yet be neutral to the Los Angeles status quote. Although I admittedly had my misgivings; old habits do die-hard after all, I knew she was right and without any further delay I threw in the towel.

After an agonizing search that had me up til all hours on more nights that I care to admit, I finally stumbled upon “The One”. As a kid my father would borrow the neighbors truck to haul away the tree trimmings in the backyard and ever since I’ve had a burning desire to own one. Nearly all the models are cool as can be, but the one that stood out for me was the 1967-1969 Ford F100 style side, short bed, with a V8 engine.

I found it on Craigslist and couldn’t wait to take a look. The only problem was that the truck was up in Fresno, which is a six-hour drive round trip. And though I wanted  someone to drive me up so I could perform a thorough inspection, I found it hard to convince anyone in their right mind to do so.

I contacted the owner nonetheless and as fate would have it the owner mentioned that he would be down in San Diego for business that week and had no trouble swinging by to pick me up in L.A. on his way back. Although I was at first reluctant, I had a good feeling about the truck and with that he picked me up at the designated time and place and we were off.

When we got to his place and he opened up the garage I was blown away by how clean the truck was. I mean everything was there, the chrome trim, the bed was spotless, and it even had A/C. Suffice to say I was smitten and with no further ado I made him an offer he couldn’t refuse.

That night as I made my way home, an old familiar feeling came over me once again. If you’re a serial vintage automobile owner like me you know exactly what I’m talking about: that unmistakable sense of freedom that comes of driving down the road in that latest classic that’s captured your imagination. Those few hours headed home I was on top of the world in my new used truck.

Of course if that’s all there was to it, I’d end the tale right here. But what would a good retelling of a restoration project be without a few problems along the way? In this case I found myself having to make some hard decisions as I got better acquainted with the truck.

By now you know my modus operandi is to do the minimal roadworthy maintenance on my own vehicles, but this time something was different. I wanted the truck to run smooth as silk, I wanted to know that everything was in tip-top shape. So here’s what I did to achieve peace of mind, the kind the comes from knowing you’ve done your new baby justice.

Stop In The Name of The Law 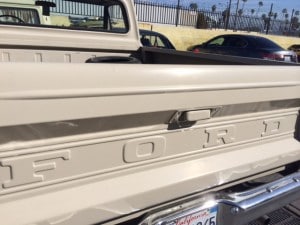 The first issue that came up was the stopping power. The quintessential stop and go traffic one encounters as a daily driver in L.A. made it clear that my brakes left a little something to be desired. I kept getting hit with the image of Dan Aykroyd in the original Blues Brothers film stomping on the brake pedal with both feet and seizing that poor old ‘74 Dodge up like a serious case of lockjaw. Although it was an amusing vision, having to do so every time I approached a stop sign was getting old quick and after a couple of close calls I knew that a disc brake conversion was in the cards.

That said, I jumped on the internet to find out what my options were and found a kit from Master Power Brakes which consisted of mounting brackets, calipers, slotted/drilled rotors, brake hoses, master cylinder, brake booster and proportioning valve. I also got a little help from the folks at Hot Rod Network to get it done right. Although it was a distinct departure from the Blues Brothers scenario, the peace of mind I had in my newfound stopping power was more than worth it.

The second issue I had with the truck was the manual steering. Now I’m just as vain as the next guy, perhaps even a bit more so, and although I loved what the steering was doing to my guns I became increasingly exhausted after running errands all day and felt that it was time to look into power steering.

I knew that certain years of the Ford F Series were compatible with the 1969 Ford F100, the 1973-1979 F Series in particular, and after a bit of a search I found a guy on Craigslist who was parting out a ‘76 F250 that had everything I needed to transform my muscle laden truck into the ease of two finger maneuverability.

The Need For Speed 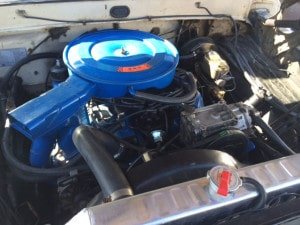 The third issue I ran into was this: every time I would get on the freeway and get her up to 55 mph the motor was almost red lining. I know the 1969 Ford F100 and other such trucks of that era were geared to haul loads of stuff around town as opposed to cruising on the freeway, but that wasn’t an option. Again, living in The City of Angels and all we do is get on the freeway and I needed to get this baby up to speed to keep up.

That said, when I pulled off the axles and discovered 28 Spline 3.25 gears in the rear, I realized what I needed were some talk gears, however, I wasn’t about to ditch the C6 tranny for an automatic overdrive, or AOD. So, back to Craigslist in search for another golden pumpkin. Fortunately this one happened to be down the street, from a young kid who was in the middle of restoring his ‘76 Gran Torino and wanted to part with a 9 inch that had 2.70 gears. Oh glory days are here…not. Once again, my faithful use of the web helped me get a grasp on what was happening, this time courtesy of the Jalopy Journal.

The fourth and final issue that came up was about two weeks after I swapped out the rear end, when I suddenly noticed that I was getting a whopping 4 miles to the gallon. What the hell had happened? I thought with the tall gears my gas mileage would improve? Boy was I mistaken: after a little detective work I discovered that the vacuum advance had a tear in it, such that the distributor would not advance as I accelerated.

So, with that I decided when I replaced the VA that I would convert to an electronic ignition. I know, I know, a few of you out there are about to proclaim that I crossed the sacred line of Ford enthusiasts, and I may well have, but thanks to a knowledgeable sales rep at Summit Racing who convinced me to purchase a Pertronix 3 kit with a Pertronix Flame Thrower Coil, I couldn’t resist. Sorry guys, I’ll find a way to make it up to you, I promise. 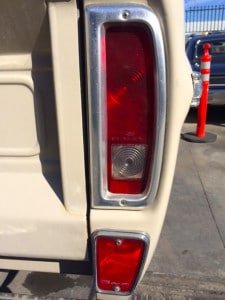 So there you have it, the tale of my recent 1969 Ford F100 restoration. Now that my ride is complete, there’s little left to do but sit back, relax and cruise on down the freeway every damned chance we get. That is, until the next spine tingling episode. Whatever the case, cruising at 70 miles an hour down the 405 with Miles Davis blasting away from the beyond has made me a better person, no question.

And you can bet your bottom dollar that the wife is one heck of a lot happier being seen in a vintage vehicle worthy of her standards, which have consequently become my own. What would any of us be without a good woman to kick us in the backside guys? But enough of me, my wife & the truck, what amusing restoration tales have you got to share? Lemme’ us know in the comments below, we’d love to hear about ‘em!