Check out this 1966 Chevy Chevelle restoration we performed. When the Chevelle came into the shop she was in rough shape, sporting that all too familiar dreary grey primer look that is so common these day. Having been used mostly for street and strip she had acquired a few battle scars over the years to prove it, both right and left rear quarter panels had more ripples than a Ruffle’s potato chip. 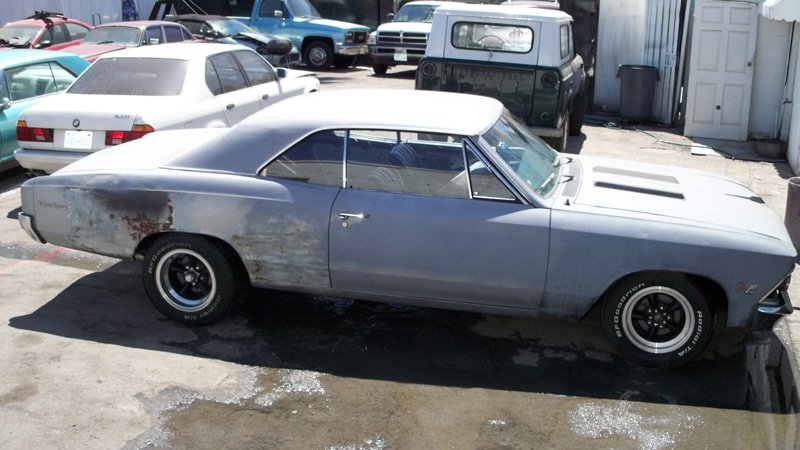 The hood was off and the rear window had severe rust issues cracked weather-stripping. The new owner’s vision was to bring back the class and elegance that made these cars stand alone from the rest of the pack. One of the first key factors we wanted to address was to install the factory vinyl top which was no easy task. 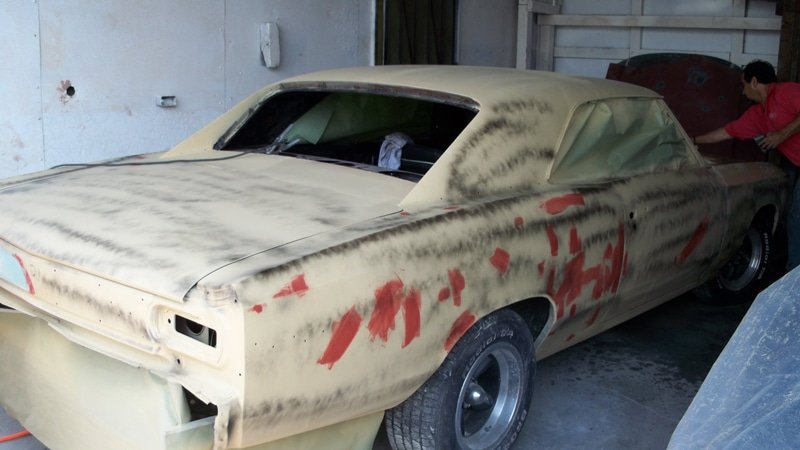 Our first step was to take care of all the rust by removing and installing a rear deck window channel clean. Next we stripped the rear quarter panels down to the bare metal to really see what we were dealing with.

To our surprise they were in much better shape than we thought: we found very little rust and after removing all the body filler we were able to re-shape them with the minimal use of Evercoat Metal Ultra Glaze.

We then applied PCL primer followed by a satin black guide coat and began the tedious process of block sanding by hand using cross hatch motions that remove all the waves and small imperfections that are invisible to the naked eye . 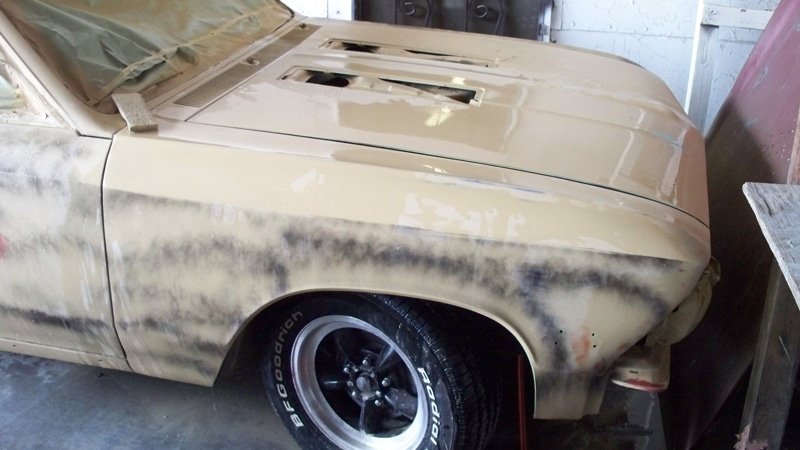 The paint that was chosen was color code #32449 “Silver Pearl Poly” followed by Duponts 2400 Clearcoat.

Finally after a 12 hour wait we then scuffed up the clear to allow the paint to breathe and fully cure then color sanded with 1000 grit working our way toward 2500 grit then buffed with rubbing compound on a wool pad to acquire the mirrored effect. 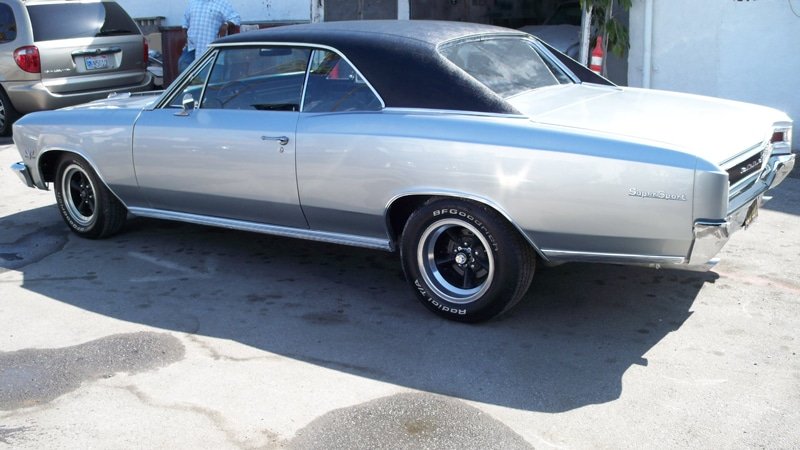