1966 Ford F250 owned by actor James Denton of “Desperate Housewives” fame. This old marooned Ford certainly had character, but James wanted us to restore it to it’s original look & feel. 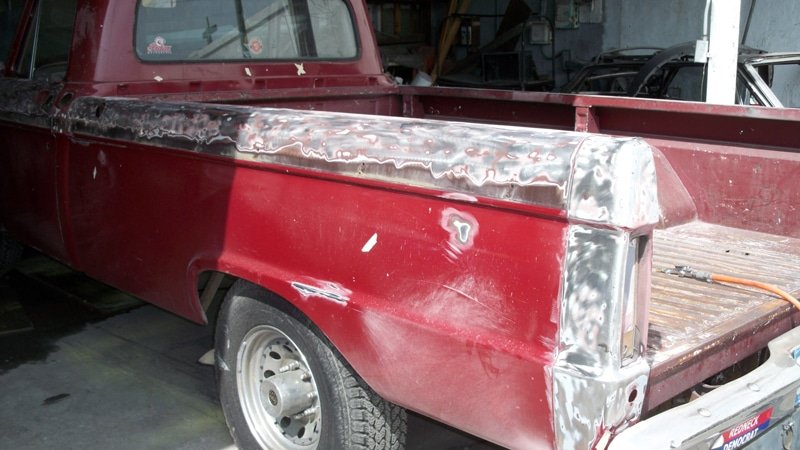 James mentioned to me that he wanted us to give her a complete original color two tone change, the lower half, Ford’s Tropical Turquoise and the top half Ford’s Wimbledon White which are correct for that year.

He also wanted us to remove the massive tow truck bumper. The previous owner had cut 12 inches off the brackets which we had to locate and weld back on. He also wanted to keep the original patina of the chrome as we both agreed that it gave the truck a more authentic look. Another item he wanted to address was the bed: we both thought a black bed liner would take away from the original look so we came up with using U-pol Raptor spray-on bedliner kit with tintable color so that we could mix with the tropical turquoise paint allowing the durable look without taking away from the overall appearance. Suffice to say James was quite happy with our work and we felt pretty good about it as well. 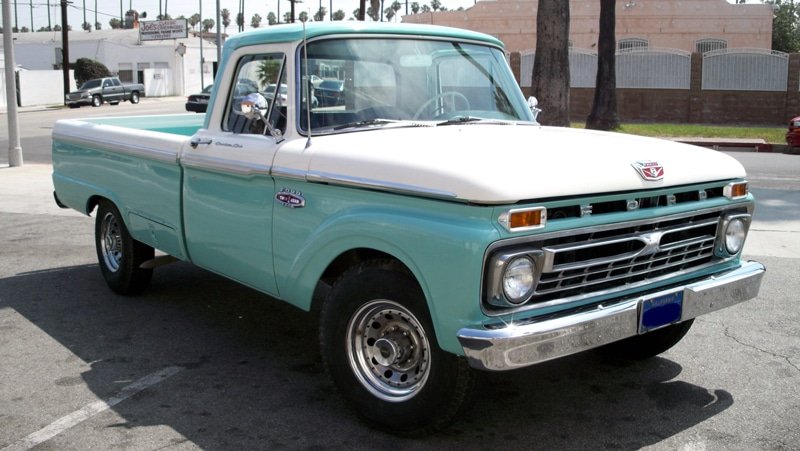