Following is a 1974 Alfa Romeo Spider restoration we did. The first time the client brought this Spider down to the shop, I couldn’t help hearing the faint haunting melody of Simon & Garfunkel’s “Scarborough Fair”. 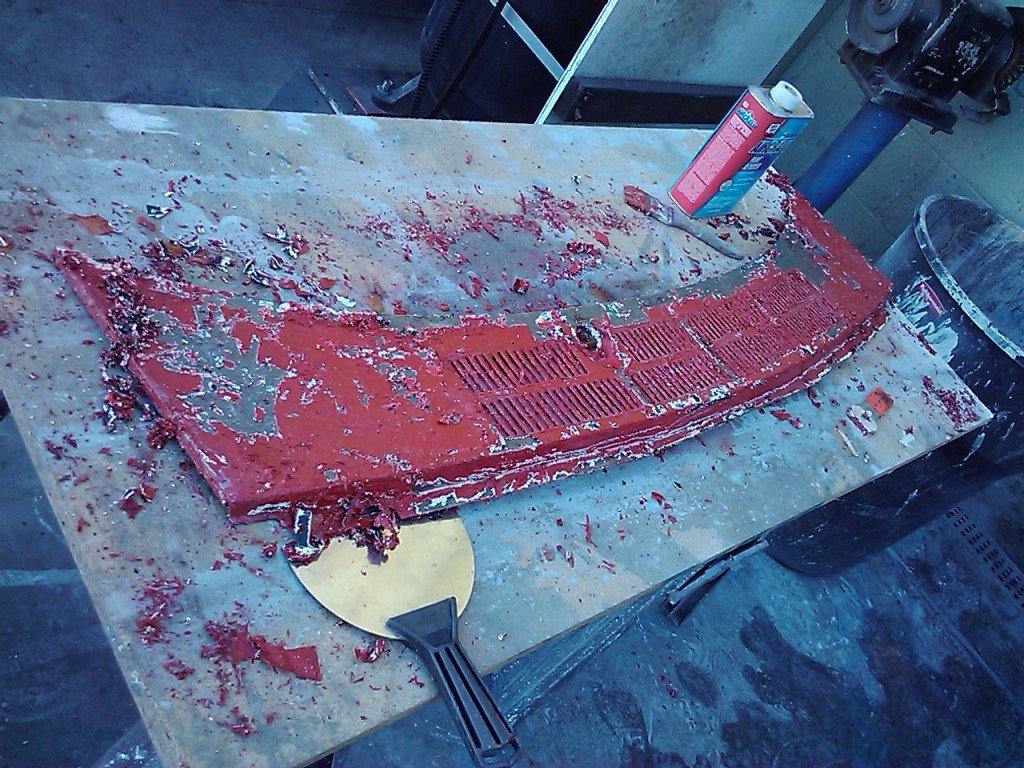 And even thought this was a later year model Alfa from The Graduate a 1967 film, it still had that same classic appearance, I can just see Ben/Dustin Hoffman ask if Mrs. Robinson/ Anne Bancroft was familiar with a foreign shift? Talk about phallic symbolism. 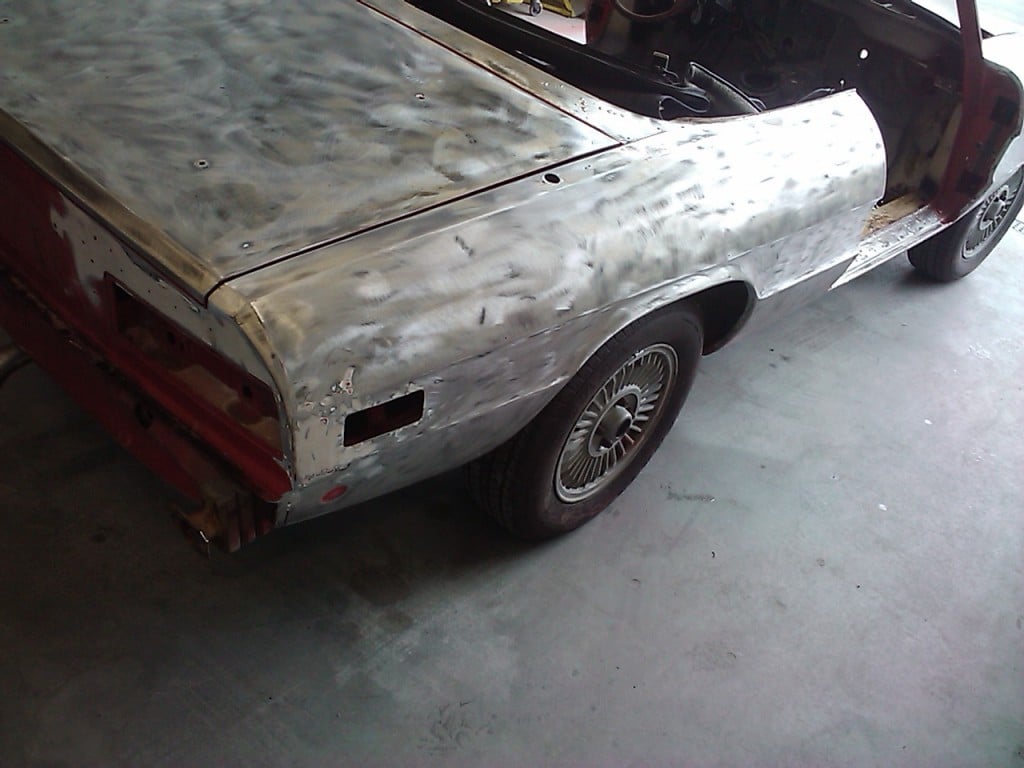 We both agreed that the car reeked of sex appeal and represented freedom from the mindless materialism of the older generations. We wanted to do right by giving it a beautiful paint finish. 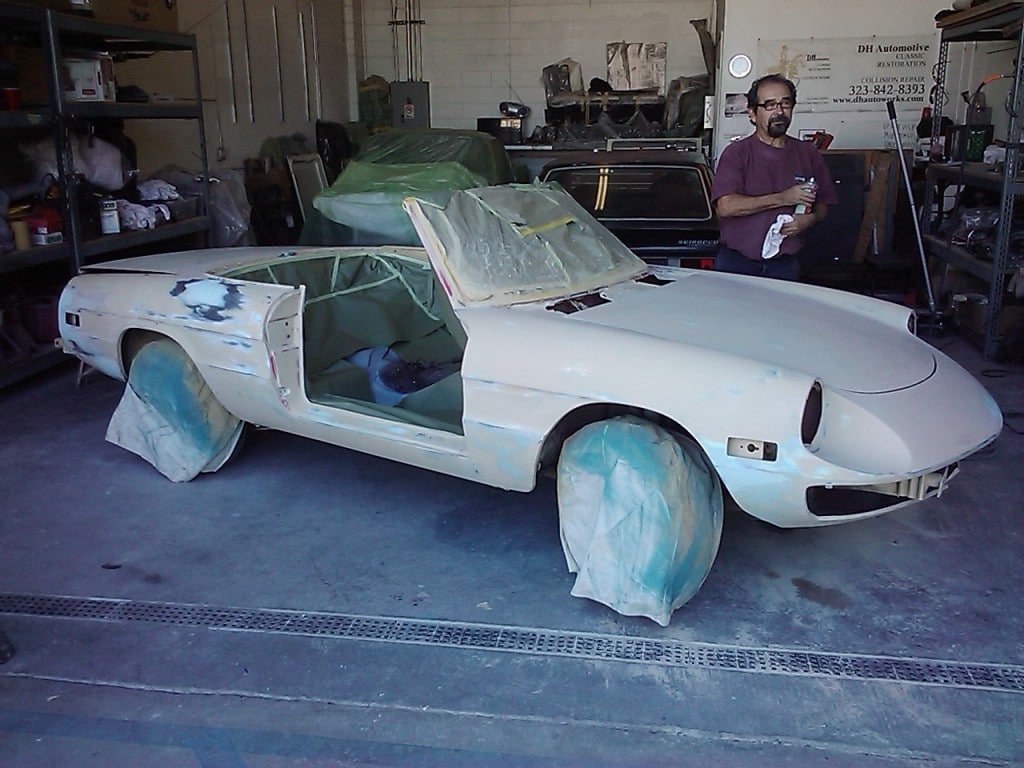 The first thing we needed to do was replace the rusted out floorboards which we purchased new from International auto parts, the Spider had been painted several times over the years so it was vital that we strip it down to the bare bones and begin the process of metal finishing, applying the PCL primer then followed by a black guide coat that was fogged on, a sure way to check for waves of imperfections in the bodywork that the naked eye cannot see. 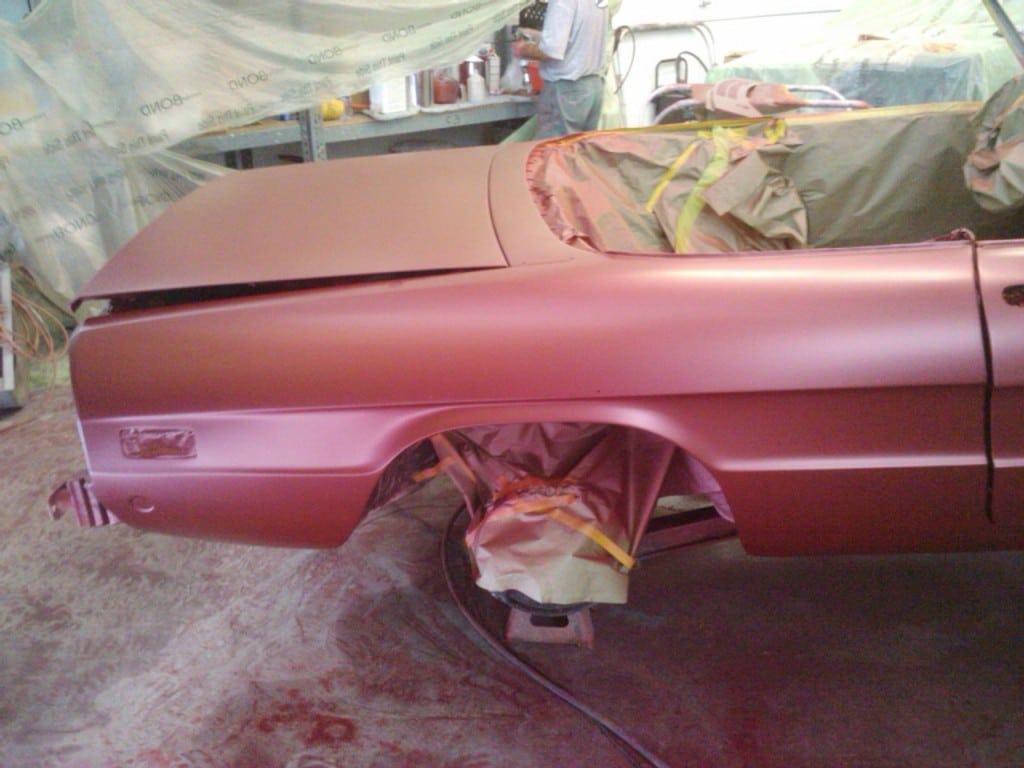 Moving on to the paint was a four stage process which consisted of several base coats of metallic gold then red then the flake and last the clear coat to acquire that deep rich color that you can almost put your hand into the surface.